Skip to content
Home
Lifestyle
What Sports Are Popular In Brazil?

Brazil is not simply a land of sportspersons aplenty. It is a country chock-full of exemplary sportspersons. They don’t just play to win. They respect the game and its rules, recognize its inherent beauty, and play it as if they were naturally born for it. That makes Brazilians incredibly dangerous in competitive arenas, for they play the game for the sake of it. Indeed, their performances at the national and international levels speak for themselves.

There is no set number of popular sports in Brazil, partly because most people play just for fun, and primarily because there are many different Brazilian variations of standard games. While you can lay your finger on the most popular sport in the country, you will be hard put to find the second most popular one. Hence, we will discuss the 10 most played and watched sports in Brazil, not particularly in any order.

Football (not American football, but American soccer) is THE most popular sport in Brazil, hands down. The Brazilians are so crazy about the sport that you will find kids playing the game in almost every nook and cranny of the country, sometimes with a proper soccer ball, and at other times, with something like a makeshift skein ball. And don’t be shocked to find that they play better than quite a few professional footballers!

The Brazilian national football team has gained legendary status since its inception in the early 1900s. They have won five times in the prestigious FIFA World Cup tournament, a record-breaking feat that holds to this day. The famous term for soccer, ‘The Beautiful Game’, has been defined by various Brazilian teams consistently over the years.

A few of Brazil’s most skillful and widely acclaimed players include, but aren’t limited to Garrincha, Pele, Romario, Ronaldinho, Ronaldo, Cafu, Rivaldo, Roberto Carlos, and Zico. And Marta is considered to be the best on the women’s team.

What sports are popular in Brazil other than soccer, you may wonder. Volleyball definitely fits the list! Quite like with soccer, Brazil rules the roost in Volleyball too. It is the number one team on the FIVB World Rankings, and it is considered to be a dream team by many hardcore enthusiasts of the game. Acquiring three gold medals in the Olympics and winning the World Championship thrice indeed makes them the best in class.

The Brazilian women’s national volleyball team isn’t too far behind either. They are placed second in the FIVB World Rankings and hold the record for winning the FIVB World Grand Prix champion title for the 11th time. While beach soccer is mostly played on exotic Brazilian beaches, you will also find quite a few games of volleyball in action.

Volleyball’s popularity in Brazil can be traced back to 1983 when over 95,000 people turned up to watch Brazil vs. USSR game at the Maracanã Stadium, an all-time attendance record for the game. Needless to say, Brazil won the match!

We believe that you can figure this game out on your own. And we don’t need to say which country first started playing it! As the name suggests, footvolley is a combination of the two most popular sports in Brazil, football and volleyball. Essentially, it’s a game of beach volleyball played only with your feet.

Footvolley was coined and created by Octavio Moraes, a professional Brazilian footballer, in 1965, then retired, at the Copacabana Beach in Rio de Janeiro. The skillful and highly competitive nature of the game quickly picked up the pace, and it spread to other parts of Brazil in just about five years.

Today, footvolley is played on an international level, with several different countries from all the habitable continents in the world participating. Many professional footballers revel in the game, including the likes of Romario, Ronaldinho, and Ronaldo.

The martial art of judo seeped into Brazilian sports way back in 1914. Since then, the country has won numerous medals in both the World Judo Championships and the Olympics. However, Brazil’s most notable contribution to the sport is its modification of the art form to Brazilian jiu-jitsu.

This combat sport based on ground fighting and submission holds was first developed merely six years after the introduction of judo in Brazil. While jiu-jitsu is widely practiced throughout Brazil and beyond, traditional judo still remains popular among the masses in the country.

If you thought that basketball was among the most popular sports in the United States, you haven’t come across its craze in Brazil. The Brazilian national basketball team is the most successful team in the Americas according to statistics. They have won the Basketball World Championship twice, and they have managed to qualify for the FIBA Basketball World Cup every single time since the tournament’s inception in 1950.

While the Brazilian basketball men’s team is most popular in the country, the finest basketballer ever comes from the women’s team, Hortencia Marcari. She is a member of several official Halls of Fame, and her skills are almost unmatched to this day in the world of women’s basketball. Among the men, Oscar Schmidt is the most skillful Brazilian basketballer of all time.

Swimming is one of the oldest and the most popular sports in Brazil. With such an extensive, wide coastline, most Brazilians have been learning to swim since the earliest, ancient ages. But the competitive sport came into being in 1897 in the form of a swimming and rowing club called União de Regatas Fluminense.

The talent growth in swimming was less than steady at first, but it rapidly grew to post the ‘70s. Today, Brazil boasts of some of the best swimmers on the globe. Cesar Cielo stands out among them, for he is not only an Olympic champion but also a world champion and a world record holder.

Jiu-jitsu and Judo are not the only martial arts popular in Brazil. Capoeira is one of the oldest art forms to have originated in the country. It was a time of slavery, the serfdom of Africans in Brazil in the early 16th century. It was a time when the slaves decided to fight their oppressors. They started evolving their traditional dance forms into a unique style of combat. That very mixed martial art combining dance, acrobatics, and music is called capoeira today.

However, once slavery was abolished in the 19th century, capoeira was banned immediately after. It was reactivated only post the 1920s, when the restrictions were relaxed, that the art was gradually validated as a sport. To this day, capoeira remains an integral part of Brazilian culture, shaping its practitioners into highly competitive martial artists.

A country with over 4600 miles of coastline, Brazil is bound to have some really spectacular surfers in its ranks. However, the sport was only introduced recently in the nation, sometime in the 1970s. Nonetheless, the country has some of the best surfers in the sport, incredibly stylish and supremely talented.

Gabriel Medina won the World Surfing Championship thrice (2014, 2018, 2021). Record breakers include Rodrigo Koxa who surfed superbly on an 80 feet wave. Rio Pro is one of the major surfing events in Brazil, held every year in Rio de Janeiro as part of the ASP World Surfing Tour.

Handball in South America has always been a thing. But it never developed into a competitive sport till Brazil took the reins in recent years. The ‘70s and ‘80s were the worst decades for Brazilian handball, but its competitive nature came to the fore post the ‘90s. They managed to reach the quarter-finals in the 2016 Olympics, and they qualified for several World Championship Handball tournaments in the meantime. Handball is slowly gaining momentum in the country as we speak.

Motor racing has been around in Brazil since before the beginning of WWII. However, the country didn’t qualify for Formula 1 till the ‘70s. The Brazilian Grand Prix, alternatively called the São Paulo Grand Prix, is an F1 race held every year in the country. It is presently hosted at the Autodromo Jose Carlos Pace in São Paulo. Swashbuckling Brazilian drivers like Nelson Piquet and Ayrton Senna come to mind when talking about the country’s F1 winners.

A major honorable mention goes to the Brazil national rugby union team. It may not have qualified for the Rugby World Cup yet, but it is one of the founding members of Sudamerica Rugby (CONSUR).

With so many world championship titles and unique founding games to its name, Brazil, indeed, is a class apart when it comes to sports. Name any competitive sport in the world, and the country will have a hand in it, albeit not always the upper hand. Then be it cricket, golf, tennis, or water polo, Brazilians heartily enjoy every kind of sport the world has to offer. And their spirit of sportsmanship is beyond catching! 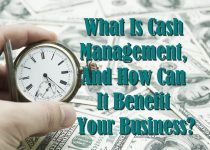